GREAT AGAIN: Poll Shows Most Americans are ‘BETTER OFF’ Under Trump than Obama 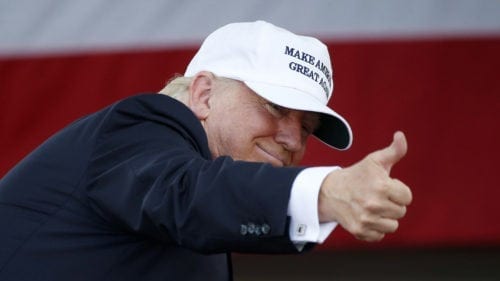 A new poll conducted by Emerson College shows most Americans feel “better off” under President Trump compared with two years ago; sparking new fears for liberal candidates heading into the 2018 midterm elections.

The recent survey asked likely voters if they are “Better or worse off financially than you were two years ago.” A staggering 42% said they were “better off,” with 30% saying they were roughly the same and 26% claiming to be “worse off.”

The strong statistics further signals a growing US economic recovery under President Trump and the GOP-controlled Congress.

The post GREAT AGAIN: Poll Shows Most Americans are ‘BETTER OFF’ Under Trump than Obama appeared first on Sean Hannity.

This story originally appeared in The Sean Hannity Show

About The Sean Hannity Show