TODD: Did you take any of the extension courses the Limbaugh Institute? I took a summer course on the need for conservatism in times of crisis, and the left will flee to that. Joe Biden's... Well, when there's the times of crisis, they often flee to that. Often, as we talked about in the last segment, when they take a crisis and decide to use it to destroy the country (as they did with the covid flu and the spending and the lockdowns and the restructuring of society, et cetera, ad nauseam), they just go straight full on tyranny.

But when their political futures are at stake, Joe Biden's dementia just spoke with the press, and he said a couple things that on the face of them make sense. As you dig through the subtext, it just proves the timeless principles of what Rush talked about on this show for decades. First of all, listen closely to this. This is about the Colonial Pipeline hack.

We've learned that, according to Bloomberg, Colonial Pipeline decided to pay $5 million to the hackers who put the ransomware on their systems. I made a prediction, and I stand about by it. I betcha that the White House pressured Colonial Pipeline. "You're gonna pay or we're gonna find all sorts of things you did wrong. We're go in dig through your malfeasance!

"The DOJ's gonna come to bear on you." Remember during the Obama years they went after a guitar making company? (What was it, Gibson? I think it was Gibson guitars.) They decided to go shut them down because they didn't like the wood they were bring in when really what they didn't like was the politics involved. So here. Listen to this. This is Joe Biden's dementia. I want you to hear the name of a country while he talks about the Colonial Pipeline.

BIDEN: (whispering) The FBI's release details on the attack so others can take steps to prevent from being victimized like colonial has been. We do not believe -- I emphasize, we do not believe -- the Russian on government was involved in this attack. But we do have strong reason to believe that the criminals who did the attack are living in Russia. That's where it came from! It came from Russia. We have been in direct communication with Moscow about the imperative for responsible countries to take decisive action against these ransomware networks. 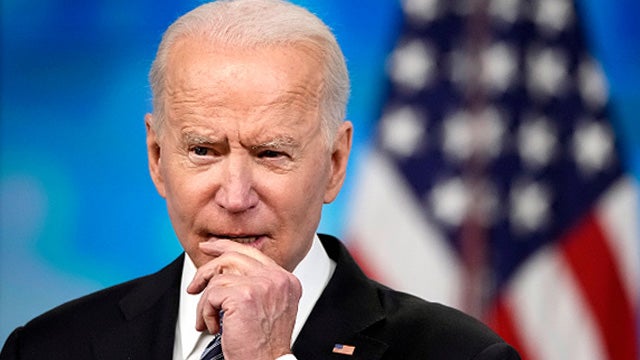 TODD: I just... As I listened to him speak, I noticed it's Russia, Russia, Russia. They want that. That's the narrative. But then I also, I'm picturing the Drive-By Media saying, "It's just remarkable the way he uses a whisper, the change of tone, the intimacy to just really deliver a powerful statement." Remember that? When in fact, he just... It's terrible 'cause it sounds cruel. He lacks life energy. In this clip, as you hear Biden's dementia in this clip, please recall our Limbaugh Institute on education on leftists fleeing to conservatism when there's a need for actual efficiency.

BIDEN: First, we relaxed the rules for pipeline operators to provide flexibility for emergency personnel, to help manually get portions of the pipeline up and running earlier this week. Secondly, over the weekend, we reviewed and work with the company to get a portion of the pipeline system from North Carolina to Maryland, to operate under manual control and deliver its existing inventory. 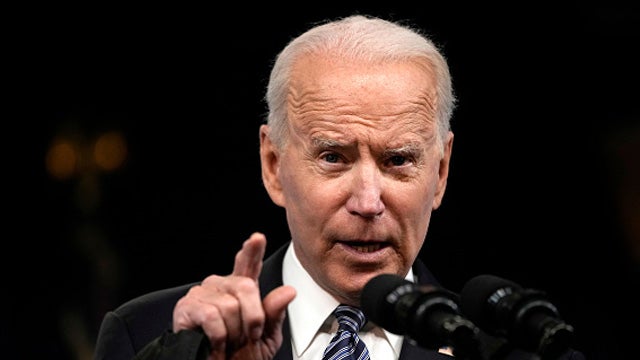 In addition, we put in place emergency orders that lifts hours, the hours restrictions and allowed states to lift weight restrictions for tank truck drivers to be on the road. This allows those drivers to work more and carry more fuel to the affected regions. Third, the Environmental Protection Agency issued a targeted 20-day waiver of standards in several states to give fuel suppliers more flexibility to use available fuels where they're needed, which will boost the fuel supply.

And those last two actions have made tens of millions of gallons of additional fuel available each day to be able to be distributed. To put it another way, the extraordinary measures the administration has taken, we estimate sent enough gas to stations to fill the tanks over five million vehicles in the last few days. Fourthly, as part of an effort to use every possible means to accelerate fuel deliveries, last night I granted a waiver of the Jones Act to a fuel suppliers.

This allows non-U.S. flag vessels to transport refined fuel products from the Gulf of Mexico to affected areas, and we'll grant additional waivers if necessary. These steps are temporary, but they'll remain in place until full service is fully restored. This is a whole of government response to get more fuel, more quickly to where it's needed and to limit the pain being felt by American customers.

TODD: Man. Hold on just a second. I'm all atwitter and atwutter. The great, inspiring... Pardon me. So what do we have? They could have stopped this earlier and not paid the ransom if we didn't have regulations saying, "You can't manually go back to safe manual behaviors that you've had, that your energy producing plants had for decades." We're gonna waive the Jones Act so there can be competition to bring fuel to our country.

All of this is, "We're going to stop doing what we do to make things harder to do in the country 'cause right now we need them to be easy to do." It's remarkable. So you have the Limbaugh Institute education applying, and all this is gonna be about fuel and costs and things going up, and Biden had said that's not happening, but apparently it is. In fact, way back in the summer of 2009, Rush posed the following question, and it's so funny how it applies today.

RUSH: Let me ask you a quick question out there. How many of you think in your own mind, economy is not that bad. I'm able to get gas, go to movies, isn't that bad. Do you remember when gasoline last spring, summer, fall, whatever it was, hit four bucks a gallon? That's all we heard every day, all day, all the cable networks, how $4-a-gallon gasoline was destroying people's lives.

And they were interviewing people with the hard-luck stories and how they couldn't get to the grocery store and they were cutting back on food. Remember. Let me ask you, we are in a recession deeper than any since 1980-'82. You see any of the hard-luck stories in the State-Run Media that would lead you to believe the economy is as bad as it is? You don't. And that's one of the reasons why you may not think it's as bad as it is. But the numbers don't lie.

TODD: And new house building is gonna be harder and more expensive as lumber costs increase, as fuel costs increase, courtesy of the party's decision to pay people more money to not work than to go to work. Costs for people who build homes are going to go up, and we're going to see a housing crisis, and the mockingbird media will do the same thing they've done. They pretend this is all due to the pandemic.

It's due to the political decisions around the pandemic.