RUSH: Trump had another rally last night in central Wisconsin. The folks, the guy was in the zone. He was just seamless. He was moving from ad-lib and impromptu, right back to the teleprompter seamlessly. He was in such a wonderful mood, a great mood. He was hilariously funny, deadly serious when called for. 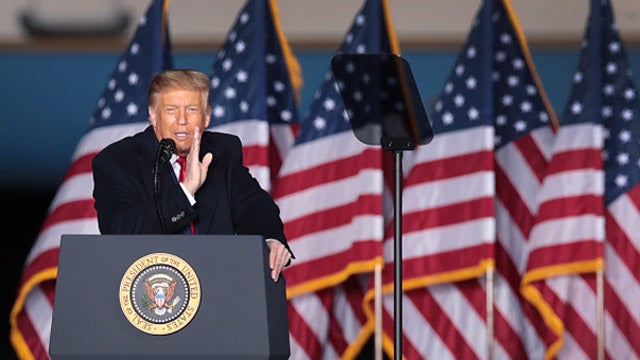 I gotta tell you, at one point Kathryn literally stood up and started applauding. And by the way, you need to know something. She is not sycophantic when it comes to -- when Trump is not doing well in her mind, she will tell you.

So last night was great to watch, and over on the other channel here is Biden with the drive-in town hall. The contrast between the Trump town hall on ABC and the Biden drive-in town hall last night is so dramatic. It is so obvious, that average viewers have to be able to tell and discern the difference. But I'm not gonna trust it to that. I'm not gonna leave it up to that. We're gonna have a little bit of review of the Biden town hall.

Let me check something here. Audio sound bites. Let's see. Yeah. Oh, yeah. Well, we've got some of Biden last night. The CNN people are convinced he did so well, he proved he's not got dementia, that he's not senile, a tantamount admission that they're all worried about it. 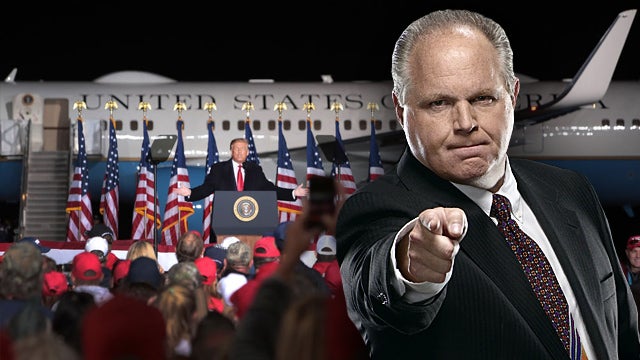 It's always there. I mean, people are asking me this one way or another throughout the busy broadcast year. But we're getting to that point in time where we are less than two months away from the actual election where the inquiries come in a little bit more frequently and with much more fear and concern behind them.

They're afraid of offending the left so you can't make jokes about the left, and all their jokes about us are old and tired and worn out. There's no new material about Trump. Plus, people don't want to laugh at Trump. People hate Trump or are scared to death of Trump. It really is a fear thing.

And you can be hated and still attract people. But Trump doesn't go down that road. He's just the exact opposite. You cannot do what he does without having a really super and highly developed intelligence and knowledge base. When I say he was in the zone last night, he was in the zone. And there's not a soul in that town who can do what Donald Trump did last night or anytime he does one of these rallies.