RUSH: Last night's Biden town hall was nothing momentous. He was really bad. Nobody is breaking it down. The Democrats are so hell-bent on power, they had to jettison the entire field for this guy. Twenty-three people ran for this nomination. This is who they ended up with. There wasn't a one of those 23 who lit it up. 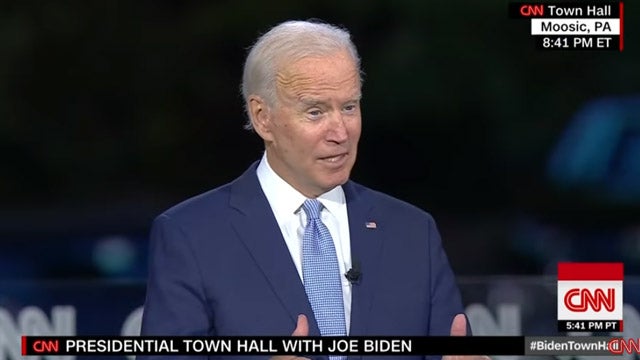 Stop and think of this. The first one out of the race was Kamala Harris. She got out before a single vote was cast. There was no enthusiasm for any of those 23 people. There is no enthusiasm for Biden. What Biden has going for him is he's the guy who has the D next to his name on the ballot. They dumped the gay guy for this old man.

RUSH: I'm not kidding. If you stop and think, the Democrat Party, there were 23 people that sought that nomination. They had to do their debates over two nights at first in order to get them all in. Not a one of them, folks, jazzed the Democrat Party base. Not a single one of them. They had to ultimately turn to Joe Biden, who, best anybody can tell, genuinely does have dementia.

But what he offers, what he offers is an opportunity for the real powers that be, who were unable to get the nomination, the people that were unable to fire up the base, to nevertheless end up running the party. That's what the nomination of Biden gives them. Biden's eager to make that deal. He knows he's not gonna be in office long. Resume, feather in the cap, but that's about what this is gonna lead to. 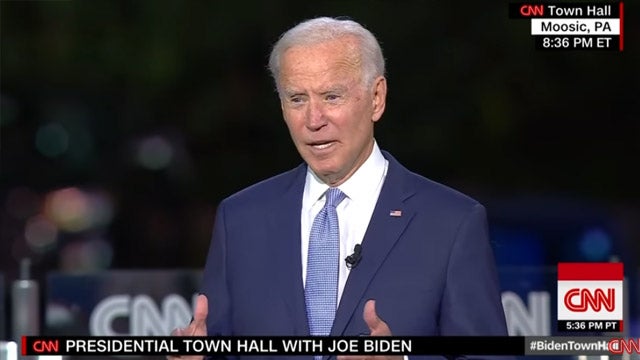 I'm trying to tell people, we're being victimized here by a tremendous act of deceit, an intricately woven web of deceit. People who were rejected the by Democrat voters are now the people running the Democrat Party, pulling the strings, if you will, behind the Biden campaign and what will be the Biden administration.

So these people on the left, they are the utter definition of power hungry. And they are putting Biden through the rigors of hell. In one sense you could call what's happening elder abuse. Biden would not join you in the allegation so it would not go anywhere. Last night Joe Biden was holding that mask of his like it was a life vest. And then Wolf Blitzer announcing that he'd been tested. They still stood 10 feet apart. I was thinking last night -- Snerdley, you'll appreciate this analogy. 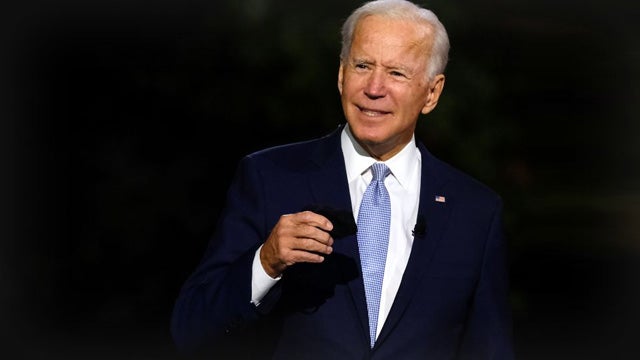 This was kind of like a virgin being terrified of getting an STD in a room full of virgins. That's how Biden appeared. He's a virgin afraid of getting a STD in a room full of other virgins. Question after question, he was unable to actually answer the question. He went off on weird tangents. But he did stand there for the time it took to do that town hall. And that gave them the opportunity to say, "Look. The guy doesn't have any dementia. He is not suffering. He was able to stand up for --" whatever length of time this thing lasted, hour and a half. And that is a win for the Democrats. He didn't answer any questions. That's also a win for the Democrats.

Then he goes off on how Trump hates veterans, which has been utterly debunked. He did it by trying to connect his son's death to being a vet. This is to show his empathy to vets. Get people to feel bad for him for the loss of his son. Emotional connection. But nobody actually points out the fact his son deployed in 2008. His cancer diagnosis was 2013. His death and his service are unrelated, but Plugs may not even know that by now. 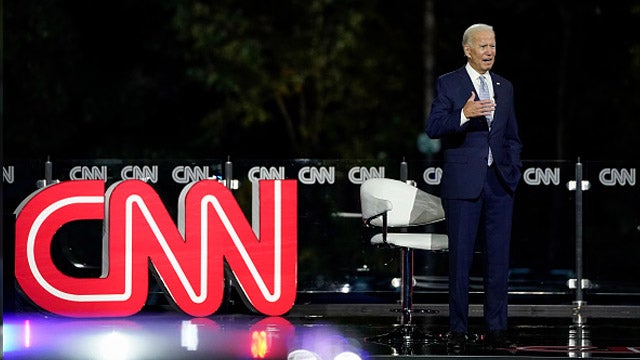 So let's get some audio sound bites in here. This is the Drive-By Media deciding that the CNN town hall proved for once and for all that Biden is not senile.

NIA-MALIKA HENDERSON: (webcam) You had Joe Biden doing what he does best, really undermining this argument that he isn't up to it. He really shined tonight.

RON BROWNSTEIN: (webcam) It was a very strong performance. It was energetic, it was crisp, it was forceful.

DON LEMON: One on one, is his format.

GLORIA BORGER: This is his format. This is where he excels. He can empathize. He can be strong.

ABBY PHILLIP: One of the things that you saw in this is Biden's ability to just stand there and answer questions in a coherent fashion.

STEPHEN COLLINSON: He was coherent on the issues. He appeared to have been briefed.